The Pavilion Le Corbusier – Genesis of a Masterpiece

Reinvent themselves – architects can do that perfectly with the building type of the pavilion. Freestanding, built on a small area and with different materials, these structures are exalted by a diverse selection of forms and uses. The Pavilion Le Corbusier in Zurich is a unique jewel of pavilion constructions.

As Le Corbusier’s last draft, completed in 1967, two years after his surprising death, the Le Corbusier pavilion in Zurich deserves special attention. In addition, it is the only Le Corbusier structure in the German-speaking part of Switzerland. The building is characterised by a floating roof and Rubik's Cube-like coloured panels, representing a shift from Le Corbusier's original purist Architectural Polychromy of 1931. The Pavilion Le Corbusier for Heidi Weber in Zurich marks a milestone in Le Corbusier's late work. He had worked on an ideal exhibition pavilion for years. It is a building of steel, enamel and glass with a large metal roof and, after two years renovation work, it is now – in 2019 – shining in new splendour.

Creation of a Masterpiece

From the sketch of the "La Maison d'Homme" (working title), it was a long way. In 1960, patron of the arts Heidi Weber received the construction rights from the city of Zurich for the land on the Blatterwiese. In the same year, she commissioned Le Corbusier with the construction. Her vision was to unite all facets of Le Corbusier – the artist and architect. Her aim was to bring the works of Le Corbusier – his "oeuvre" of architecture, painting, sculpture, furniture, enamels, tapestries, lithography and literature – into perfect symbiosis with one of his architectural masterpieces. At the same time, she gave him the freedom to realise an exhibition pavilion that was to correspond entirely to his idea of the "Synthèse des arts" and his multifarious work. The first sketches showed the architectural forms he had designed for the Liège exhibition before the war. The construction site inspection took place in November 1960. Le Corbusier's first vision was to build a concrete building. However, the final design of April 1962 showed a construction of steel, glass and enamel. For Heidi Weber, the choice of metal was contemporary, embodying the new, the modern – whereas concrete belonged to the past. What no one knew then is that Le Corbusier's only building combining metal and glass would go down in architectural history. A special two-storey building – five rooms on the first floor and one on the second floor. In 1964, the construction of the pavilion began.

3. (architecture) independent construction that belongs to a larger complex

© Fourth Wall Video PAVILLON I LE CORBUSIER I A WALK THROUGH IN 4K
Channel of Fourth Wall
Follow also on Instagram @wall.fourth

It all started with the roof – free-floating and separated from the actual building. Le Corbusier always placed special emphasis on the roof construction. Two metal screens (one convex, one concave), each measuring 12 x 12 meters, were welded together on site. The roof was raised nine meters high with a crane and fastened to the steel columns. The total area of 12 x 26.3 m was built using 5 mm thick welded metal sheets. The clear distance between the roof and the modular construction had allowed Le Corbusier to accommodate a flat terrace and pitched roof, both leitmotifs of Modernism, in the Pavilion Le Corbusier in Zurich. The second part of the pavilion consists of the "corps de logis", made of cuboidal modules following the "226 x 226 x 226" system (226 is a measure of Le Corbusier's Modulor). The modular system, consisting of prefabricated cubes, was developed and patented by Le Corbusier in 1953. In the Pavilion Le Corbusier on Lake Zurich, this system was refined and adapted. As a prototype of a prefabrication system, materials and techniques were used in the pavilion that were not common within architecture at the time. The 226 x 226 x 226 system of folded steel profiles was developed specifically for this project and built as the only example of this system. The typical edges of the steel modules consist of angles connected with over 20,000 screws. The total floor area measures 12 x 26.3 meters, consists of welded sheets and has a weight of 40 tons. The individual floor slabs were laid from above into the steel cuboid and fastend with screwed. On August 27, 1965, Le Corbusier died in the middle of the construction activities. After several weeks of grief, sorrow and doubt, the construction work was resumed in honour of Le Corbusier. Two years after the death of Le Corbusier, the piece of architecture was inaugurated, in July 1967.

The Restoration of an Architectural Monument

In 2017, 50 years after the opening, the Pavilion Le Corbusier was subjected to a condition analysis. It turned out that the pavilion urgently needed to be restored while retaining as much original substance as possible. The City of Zurich commissioned Arthur Rüegg, architect ETH SIA BSA, ETH Professor Em and Silvio Schmed, architect BSA SWB, to carry out the restoration work. In fact, as a student Arthur Rüegg himself was present as a student at the opening of the pavilion in 1967. Through a precise inventory analysis of the two experienced architects, a feasibility study was prepared with three challenges for which specific measures could be taken:

The concrete basement as well as the steel shell and neoprene profiles were no longer tight and sometimes had large rust holes.

The damp climate in the basement destroyed the metal floor heating. From 1982 it was thus no longer possible to heat the building. Through this the fitted kitchen suffered. During the condition analysis it was discovered that it rusted completely. In the lower exhibition space, it was no longer possible to present original exhibits. The humidity in the room made original René Buri photographs curl after only two days of hanging.

In its original state the pavilion only had one escape door. Also, all escape routes were too narrow. The roof terrace railing turned out to be too low. Furthermore, the applied colours were a toxicity level that was 250 times higher than the legal limit and inclued the organic toxin PCP (pentachlorophenol).

Dr. Ing. Deuring + Oehninger AG was commissioned with restoration and began the refurbishment in the basement with the use of foam glass. This protects the the post-modernist building against moisture, which rises from the nearby Lake Zurich. To ensure constant heating, the floor heating in the lower level had to be replaced. Silvio Schmed describes the exchange as "laborious and highly complicated", as all original tiles had to be individually numbered before packing. Only a small number of edge panels were kept in place in order to keep a joint reference. Due to unevenness in the concrete floor, the surface had to be sanded down before installation of the new plastic heating system. After positioning the floor slabs according to the numbered plan, all but 3 original slates could be returned to their original place. To free the roof from toxic paint, a vacuum chamber had to be built, in which the workers wearing protective suits could remove the paint. The colour restoration was carried out according to the original findings and supported by the Les Couleurs® Le Corbusier license partner KABE Farben. The following colours were originally used and placed: red, green, black, blue, yellow, white. Following 2 years of meticulous restoration work on Le Corbusier’s late work, the architectural jewel reopens its doors to the public mid 2019. This unique building reflects the harmonious unity of Le Corbusier's architecture, his sculptures, paintings, furniture and writings – a ‘Gesamtkunstwerk’ on the shores of Lake Zurich. The pavilion is run as a public museum by the Museum für Gestaltung Zürich on behalf of the City of Zurich and will remain a exhibit in itself. Each season, temporary exhibitions relating to Le Corbusier are to take place. In addition to readings, film screenings and concerts, a permanent exhibition by René Burri will be on show.

«Exhibitions, museums, pavilions, artist ateliers, apartments and collectors’ villas: exposition runs like a red thread through Le Corbusier’s work. Man’s relationship to art is a fundamental element of architectural dispositifs. Art influences his vision of society as a whole and museums are central to his major urban plans, from the ziggurat of the Musée Mondial in Geneva to the museums in Ahmadabad, Tokyo or Chandigarh, without forgetting the projects he realised in the late 1960s, such as the Museum of the 20th Century in Nanterre. The evolution of museum design between 1929 and 1965 and of the concepts Le Corbusier developed for the different exhibitions of his own œuvre are in keeping with his way of understanding the relationship to works of art, whether by the artist, a knowledgeable public or those encountering art for the first time. The sketches for the different museums and pavilions retrace this evolution. Karel Teige’s critique of the Mundaneum project assumes a key role in the transformation of the museum concept that occurred between the Musée Mondial of 1929 and Le Corbusier’s first designs for a Museum with Unlimited Growth in 1930. The architecture and the place for art in society are no longer determined by the use of a form but through a functional mechanism. Growth is understood as an image of the positive evolution of mankind. This seminal change is a key to the later projects.»

The exhibition pavilion is open during the summer months only.

Information about the renovation were collected i.a. at the lecture organized by the Swiss Model Center Zurich (Schweizer Baumuster-Centrale Zürich) "Concept LC ZH - Pavillon le Corbusier" on 13 December 2018. Referees were: 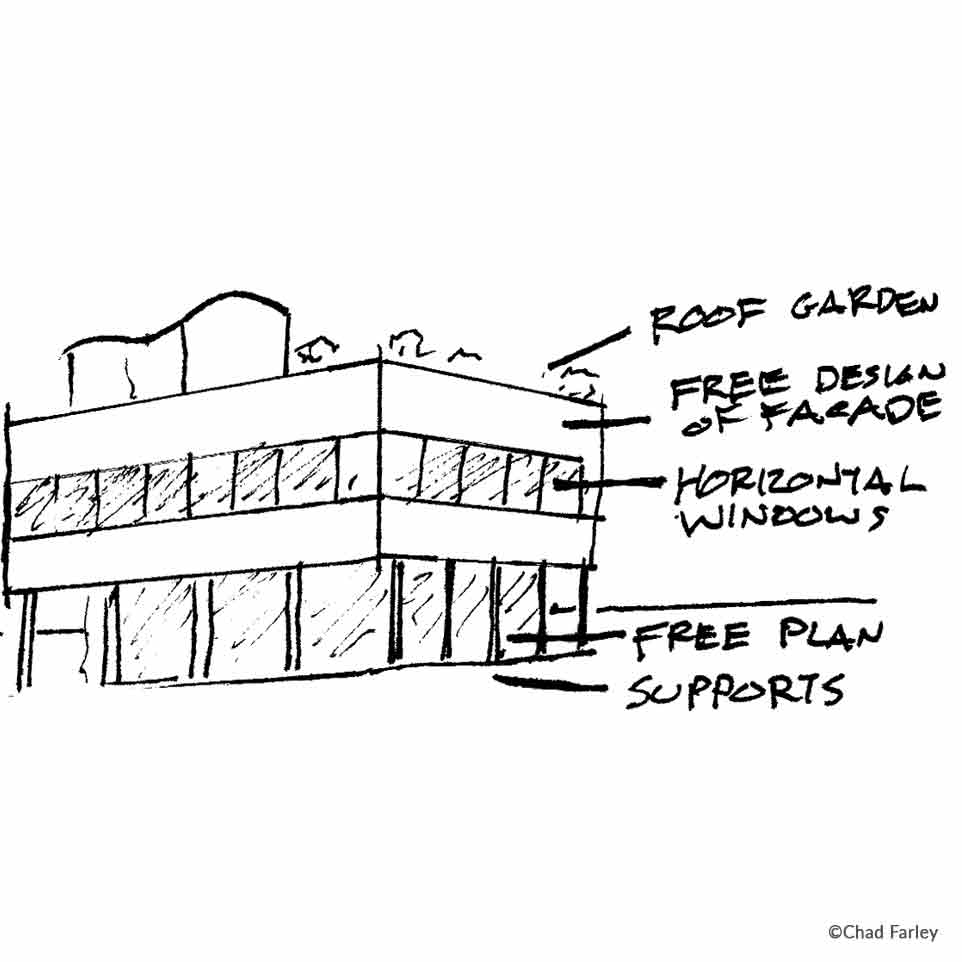 Pavillon de L'Esprit Nouveau – An avant-garde vision of the future » 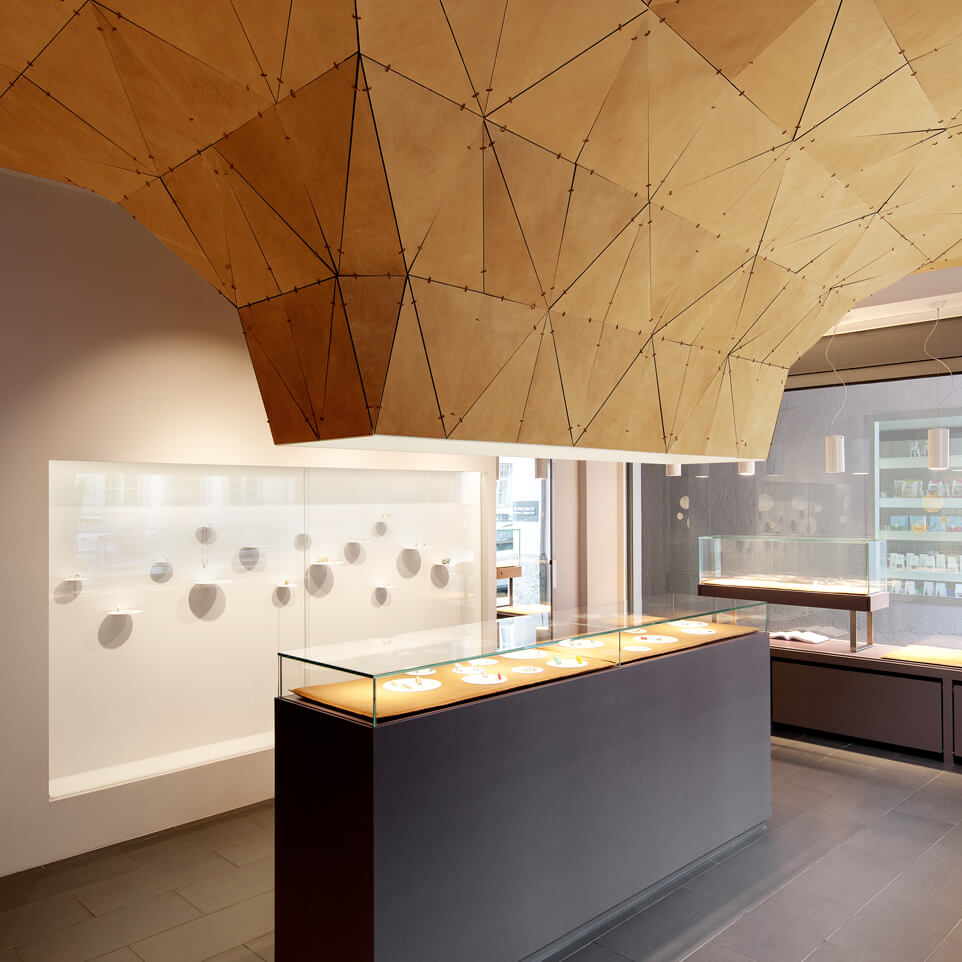 We need to order the paint keys / books. How can we do this? Thank You