Le Corbusier (Charles-Édouard Jeanneret) is considered as the most important architect of the modern age. He shaped the perceptions of modern architecture and of modernity itself.

When one looks at his life's work one can only be astonished at its abundance. Le Corbusier built many groundbreaking buildings around the world and drew up numerous important urban development plans. He created impressive works of art – with paintings, sculptures, drawings and collages, enamels, tapestries as well as engravings. And he developed timeless furniture icons. Incredibly ahead of time. Based on his incomparable experiences, Le Corbusier developed – as a masterpiece – an eternally valid theory of colour: the Architectural Polychromy. Nowadays the Fondation Le Corbusier in Paris manages the life's work of Le Corbusier.

Purist as well as abstract art pieces were created in the form of paintings and drawings by Le Corbusier. Wood sculptures – objects that Le Corbusier created in his old age – are also among the artistic works of Charles Jeanneret aka Le Corbusier. In the art of Le Corbusier, in motifs, in forms and colours, icons of architectural works are always being represented. Many of his letters have paintings and drawings on them. Le Corbusier created a kind of secret and very private diary by painting on paper and canvases. As he grew older, he devoted himself more and more to the study of shapes, images and colours, which increasingly captured his very own style. A great work is the "open hand", a unique sign of give and take, peace, happiness, also expressing the unity of humanity. 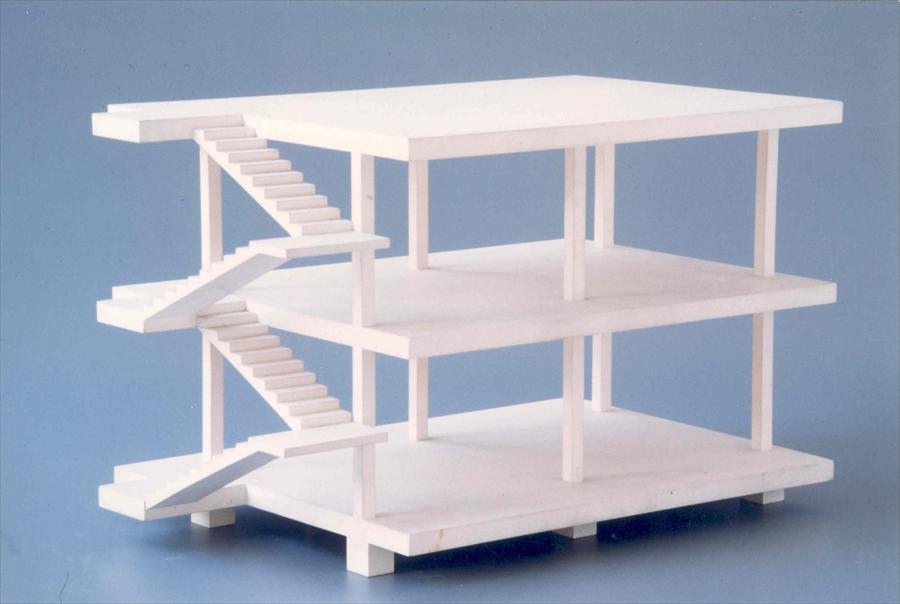 In the course of his work as an architect, Le Corbusier developed a series of architectural principles, which he used as the basis of his designs. The design principles include the following five points by Le Corbusier: Pilotis (pillars), roof garden, open floor plan, long windows and open facades. Basically, Le Corbusier called for a radical change in architecture. This as a consequence of the developments in technology and the rapid change in living habits between the 19th and the 20th century. For Le Corbusier, it was always clear that the architect had to concentrate on people approached as a large collective group, thinking as a visionary and inventor. He had planned cities, was able to build a city with Chandigarh in India and had always tried his best to express his view of urbanism in real architecture. Today, the urban ideas of Le Corbusier are the guiding principles of modern urban planning.

As a young architect, Le Corbusier mainly worked with furniture that had already been designed. It was only after his move to Paris and when he was already a celebrity in the world of architecture that his interest in interiors and interior design grew. Le Corbusier paid particular attention to tables, cabinets and, at last, chrome and leather armchairs. Modern classics include the cube-shaped LC2 leather chair from 1928 and the 1929 chaise longue LC4, designed by Le Corbusier as a furniture designer. For years, together with Pierre Jeanneret and Charlotte Perriand, a wonderful selection of designer furniture has evolved that is now considered a hallmark of elegance. The designs include around 340 unique works from design classics to minimalist furniture and furnishings from the post-1930s.