«The world of Le Corbusier inspires me»

a guest contribution by Florence Cosnefroy

Since 2014, Florence Cosnefroy has been creating a link between the Le Corbusier colours and what the residents experience in the architect's various residential buildings. Florence is a mixed media artist and sculptor. Through interactivity, her work poses questions about what it means for the viewer and the residents of Le Corbusier buildings to take a certain position in society. In the following guest contribution, Florence Cosnefroy explains her work in the Villa Le Lac, Unité d'Habitation Rezé or the Cité Radieuse in Marseille.

« My artistic universe is essentially based on the colour fan, which I use as a kind of matrix. This is how I got to know one of the most beautiful fans, the one conceived by Le Corbusier. »

«On the occasion of the European Heritage Days 2014, the Firminy Housing unit hosted one of my performances related to Le Corbusier’s Architectural Polychromy. I invited the inhabitants of the unit to choose a colour in the ‘colour keyboards’ designed by the architect and to associate a colourful memory to it – something they had experienced – during my performance, ‘Les Couleurs de l’Unité’.

Right after this experience, I decided to discover the other Housing units. Le Corbusiers Architectural Polychromy proves to be ideal for my artistic work: first a mean to meet people, then a creative tool. Colour language is accessible to all and universal, but it’s also essentially cultural. Each project is specific. To begin with, I maintain the same artistic protocol: I go to the location to get a glimpse of the atmosphere, I observe the building, I ask the inhabitants some questions. Then, I get absorbed in the archives of the Fondation Le Corbusier; for every single place, I look for a unique inspiration. At last, I create the ephemeral installation on site.»

In Marseille, it was important to Florence Cosnefroy to work on the roof-terrace. «My first visit on the roof was a real shock: the feeling to be out of the world, in direct connection with the sky. The 'gym', now a gallery-museum, has a special shape that reminds of an inverted boat hull. The small air vents form a line of fifty-two metal squares at the base of this building. I chose to place fifty-two colours above these vents. In 2016, the ephemeral installation 'Couleurs radieuses' was a walk through the colourful stories of the inhabitants, a wandering in the sky.

For the ‘Maison Radieuse’ of Rezé, I took my inspiration from the facade of the nursery school designed by the architect and musician Iannis Xenakis. His collaboration with Le Corbusier is the beginning of a personal development along with space and music. Xenakis wanted to create a ‘music to be seen’. The windows on the roof-terrace of this small school remind of a musical com-position, some sort of partition. In 2017, I conceived the colourful installation Composition chro-matique as an echo to Xenakis’ work. The colourful patterns formed a composition under the pil-lars, just like a musical improvisation with variations on a theme.»

«In 2018, I was invited to make an intervention in the ‘‘Corbusierhaus’’. The Housing unit of Berlin is a special case amongst the five Housing units, since the builders refused certain architectural ele-ments and certain dimensions that Le Corbusier wanted to apply to his creation, like the reference to the ‘Modulor’. The modifications made during the construction phase deeply upseted the archi-tect. I expected to see a building that would be – in a certain way – less interesting than the others, but when I saw the Berlin Housing unit for the first time, I was impressed by the beauty of its facade. It was like being looking at a picture. The graphic work is more elaborated than on the facades of the other French units. I understood that Le Corbusier consciouly designed a facade that was much more visual for the Berlin project, with one purpose: taking the eye away from windows that didn’t match his indications. The Farbdialog installation is some sort of dialogue with this facade: the transparent and colourful areas that have been pasted on the large windows are perfectly in line with the diagonals on the loggias.»

The Architectural Polychromy as creative tool

Florence Cosnefroys last intervention took place in the first street of the Housing unit of Briey in 2019. «The exhibition 'Habiter la couleur' establishes a link between the five Housing units through the polychromy. In the Housing units, I invited the inhabitants to choose a tone in the 'keyboards' conceived by Le Corbusier and to associate a colourful memory to their colour. In this precise combination, the texts given by the inhabitants and Le Corbusier’s colours become a colour chart, presented in a monumental installation and specific to each site.

Still, for the ‘Villa Le Lac’, which has never been occupied by anyone but Le Corbusier’s parents and brother Albert, applying the protocol was not possible. So, I imagined an installation based on family correspondence. The letters exchanged between Le Corbusier and his mother, father and brother often refer to the small house. Among many letters, I have been looking for evocations of colours. On this basis, I created thirty-two mochrome paintings related to the exact same number of letters sent by Le Corbusier to his family, establishing links between the texts and the colours. In the intervention 'Couleurs et correspondances', I presented a journey in thirty-two paintings – thirty-two colours and snapshots – a journey through time to get to know the heart of the ‘Villa Le Lac’ and to discover a living house.

The world of Le Corbusier inspires me. The Architectural Polychromy works as a stimulation for me and as a creative tool that always renews itself.» 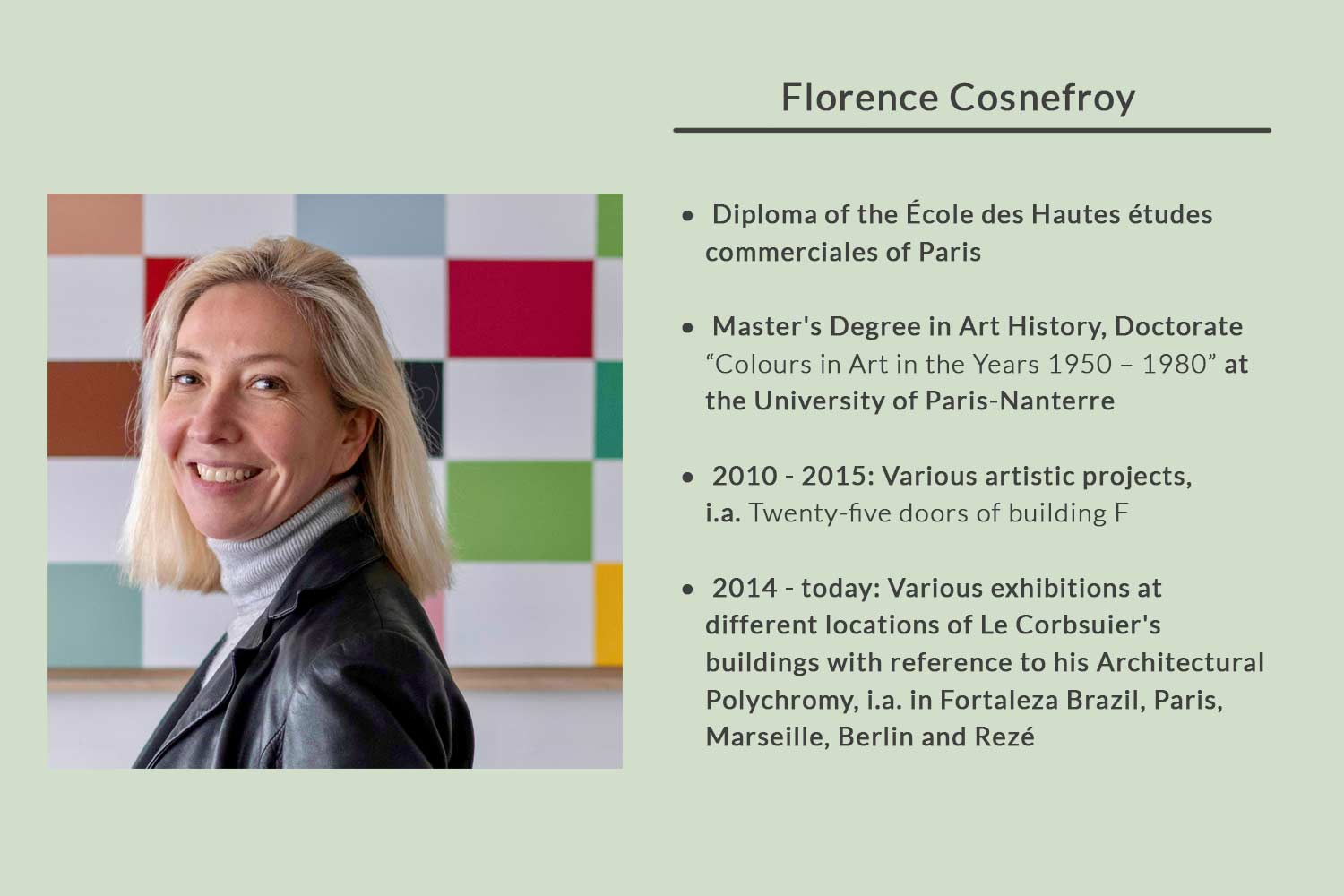 More information about the Unités (visit by appointment): 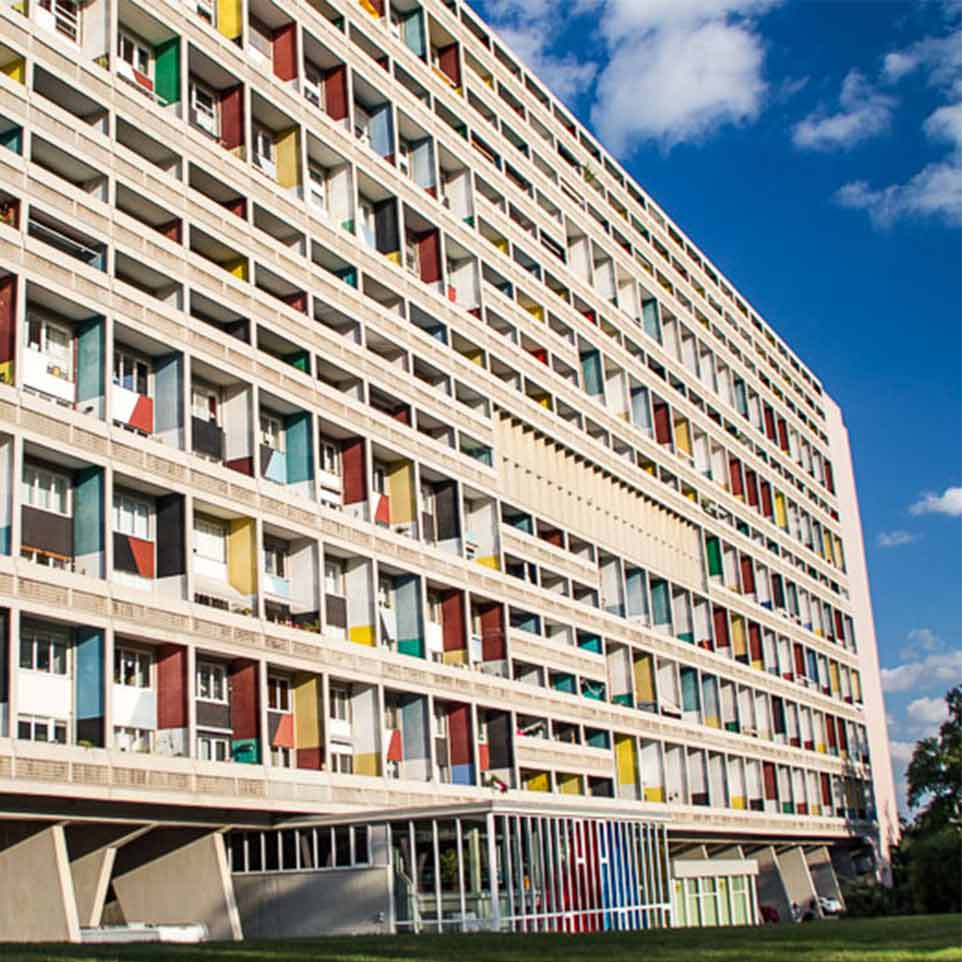 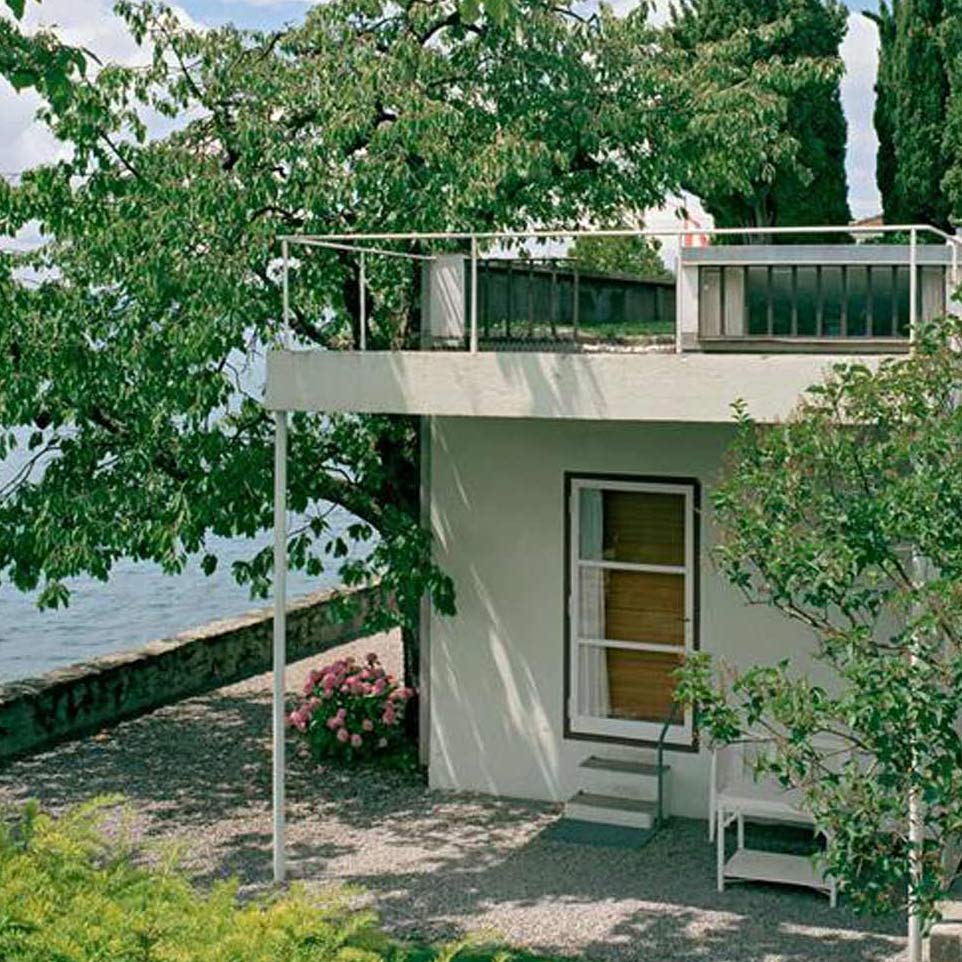